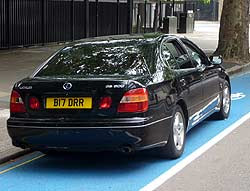 The official launch of the first two Cycle Superhighways is on Monday, so it's nice to see CS7 taking its final shape. 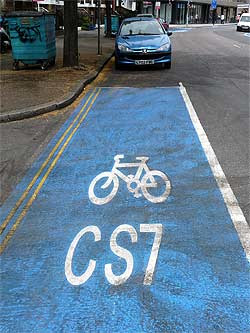 This stretch of the Safe, Direct and Continuous new magic carpet for cyclists is on Southwark Bridge Road. 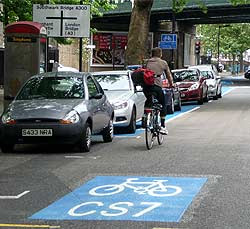 As the mayor Boris Johnson said when the Superficial Cycleways were first announced, "these are routes where the bicycle will dominate"!
Posted Wednesday, July 14, 2010