Roughed up by the Reivers 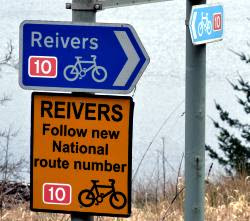 I cycled the Reivers Route the other week - one of the family of 'alternative Coast to Coast routes' that takes you from Newcastle to Carlisle through Northumberland.

It's evidently now referred to as National Route 10. Perhaps 'Reivers' - the name for the ancient cattle rustlers who marauded the area - sounded too wild, too rough.

Though that's exactly what it is, in this central section west of Kielder (right) - not what you'd expect from a designated National Cycle Network route. 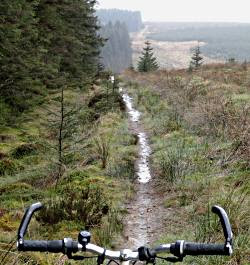 Or, if you've done quite a lot of Sustrans routes, exactly what you'd expect from a designated National Cycle Network route.

Maybe it's to put off anyone with an expensive thin-tyred road bike from tackling the route. No doubt bike rustling is more profitable these days.